“Art washes away from the soul the dust of everyday life.”

“Every good painter paints what he is."

“A Good artist has less time than ideas.” 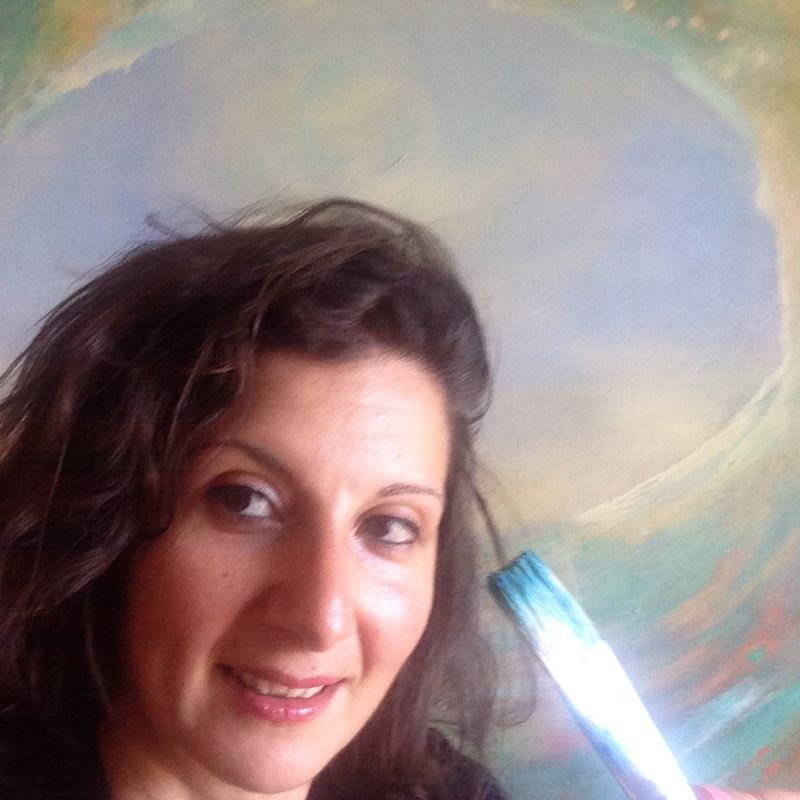 Graduated in Engineering in Pisa(Italy) in 1999, same year begin to work in technical department of a multinational company in Massa(Italy) and attends oil painting lessons in Fabio Grassi art studio.

In 2003 moves to Florence where currently lives. She participates to several exhibitions in Italy including Milan Biennale of contemporary art in 2015 presented by Vittorio Sgarbi. 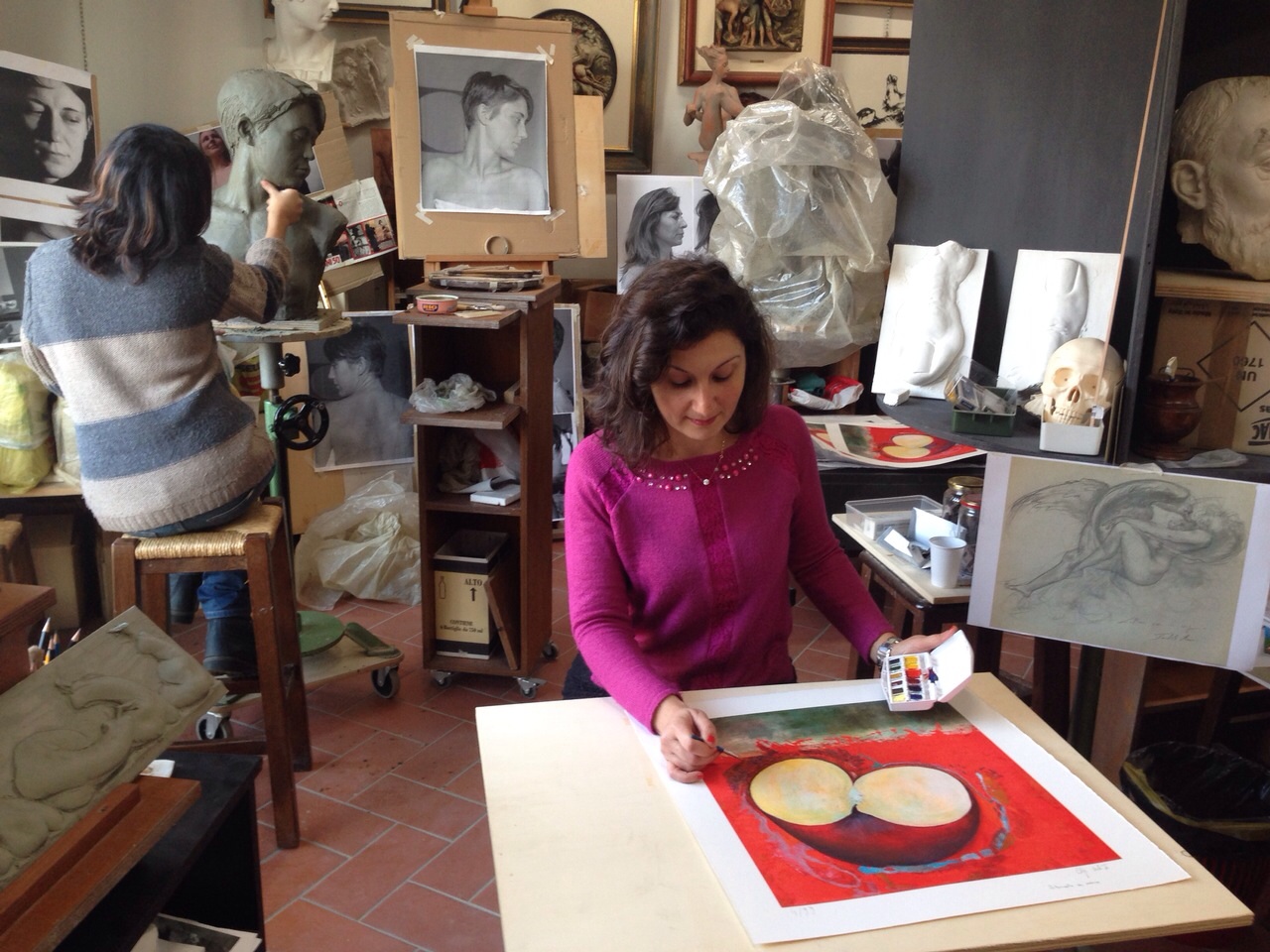 Food becomes concept and metaphor. The apple symbolizes the separation between man and heaven. Half is the status of the "second paradise", taking up the concept used by Michelangelo Pistoletto in the "Reinstated Apple", exhibited in May 2015, in Milan Cathedral square. Colors on papers are mixed with foods: The salt of Sicily is the transit of many migrants from Africa, rather than generations that just from Sicily have reached destinations around the world, leaving a land of haunting beauty, and often violated. The salt of Himalaya has the ambition instead of a search for spirituality, of verticality and rise, in a land where, the Himalayas, to climb the highest peaks on the planet has a deep sense of mysticism. The coffee plantations of Central America are the emblem of blacks enslaved and oppression of man by man, that does not stop in front of any ugliness to reach the sur-plus material. Red wine, tea liqueurs symbolize the search for social gathering, exchange of ideas, the overcoming of single and sense of isolation, in meeting spaces and interaction. Half Apple seeks completion; the rift is a manifest search of filling and striving for exceeding the limit, exploring unknown and going over boundaries.

The first lithography of the series has a frame in Plexiglas 80cmx80cm, with on the top an orange rope, shaping an eight, twisted to a bollard of a sailboat. Meaning of the frame is the human journey toward infinity. This work has been exhibited at in Milan at Biennal of Contemporary art, in Tadini palace, from September 5th to October 1st, 2015, the event was inside the EXPO 2015.

Email: This email address is being protected from spambots. You need JavaScript enabled to view it.